Strategy Guides To Get MyVegas Free Chips And Bonus Games

Give Meaning To Christmas

How To Hide Candy Crush Addiction From Your Friends On Facebook

Sure you could buy one online and bring it across the border, and Oprah‘s been bragging about them since she launced her YouTube channel last year but finally the Flip is in Canada as Pure Digital‘s presser proclaims: 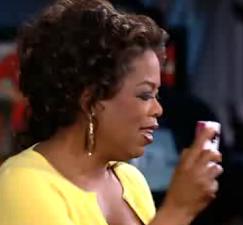 Today marks the Canadian launch of the Flip Video™ Ultra Series – a next-generation line of highly compact digital camcorders that make it easier than ever for on-the-go consumers to capture and share life’s moments on video. Created by Pure Digital Technologies, the slim-sized camcorders provide unmatched simplicity and portability for capturing, editing, and sharing high quality video – anytime, anywhere.

“Flip Video Ultra’s sleek design makes it the camcorder of choice for people who want a stylish, high quality, take-anywhere camcorder to capture and share life’s moments,” said Pure Digital Chairperson and CEO Jonathan Kaplan. “U.S. consumers have embraced Flip’s simplicity and convenience because it makes video incredibly fun for anyone. We anticipate a similar response in Canada.”

Available now at Wal-Mart and soon at other major Canadian electronics retailers for $159.99, Flip Video Ultra delivers stunning video and sound quality, even when played on large-screen TVs.

I’ve been messing with The Flip and the Creative Vado in side by side testing, taking footage of the same events simultaneously. I’ll have that video for you tomorrow. I’ll be a guest on Urban Rush later this week also doing a demo.

catch the buzz.. pass it on.

A HISTORY OF ONLINE POKER